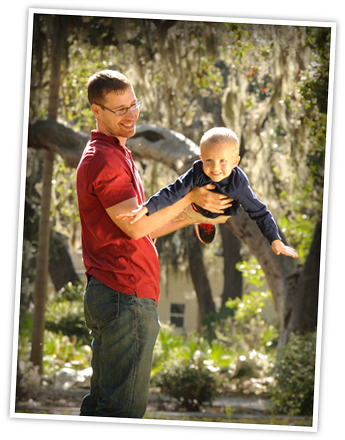 Hi, my name is Tom Brimeyer and I am a health practitioner, researcher, and author on hypothyroidism, nutrition, and hormones.

Through my own trials and tribulations in dealing with my own health problems, in 2006 I started a private consulting practice. This has allowed me to help clients all over the United States, and now in more than fifty one other countries, to take back their lives by stopping hypothyroidism directly at the source.

By simply addressing the underlying causes of hypothyroidism I’ve helped thousands of people to naturally overcome their hypothyroidism and other hormonal imbalances that are responsible for so many diseases today including chronic fatigue, obesity, heart disease, depression, anxiety, digestive issues, food allergies, adrenal fatigue, fertility issues, osteoporosis, autoimmune, and even cancer, all of which can be easily prevented.

Yet, this is only the tip of the iceberg as far as I am concerned.

As my work and practice has continued to grow, it has sparked an inevitable Health Revolution focused on helping people to take control of their own health instead of relying on the inadequate and ineffective medical care available today. This Revolution is what started, and continues, to drive my own personal mission.

My Personal Mission: To inspire and educate more than 1 Million people to take control and achieve true health by correcting their hypothyroidism and underlying causes of their health problems instead of being stuck relying on doctors and drugs that merely cover up their symptoms while their health continues to suffer.


Imagine the potential snowball effect that reaching 1 Million people could have. Imagine what will happen as other like-minded practitioners come together. 1Million will become 2 Million, then 10 Million, and more.

The potential is limitless.

I Started to Feel Human Again.

“A few months ago, I was very sick, zero energy, freezing cold, depressed, weight gain, thought I was dying. I read every word of your Hypothyroidism Revolution program and followed all the advice. My life turned around the first week. I started to feel human again. Within weeks my energy came back and I felt like living again.”

My Success Has Been Remarkable…

“One of these days I’ll make the time to write to you about my success story with your program. My success has been remarkable in that my hypothyroidism manifested into total systemic inflammation. The unmanageable inflammation destroyed several joints in a short period of time. For the first time in nearly 8 years, I have had the biggest reduction in overall inflammation and it has been consistent for 5 months! I’ve had periods of remission but they lasted 6 weeks at best.”

Growing up, I always had a keen interest in health and exercise. I was a naturally gifted athlete and always aimed to better myself whether it was on the field or in the gym.

I considered myself to be of pristine health while eating according to the still commonly accepted nutritional beliefs supported by dietitians, doctors, the FDA, and various other healthcare advocates and associations. At the time, I was convinced that I was doing everything right.

Instead of following my passion, I pursued an education and career as an engineer, which in hindsight, ended up being one of the best things that could have ever happened to me.

I have no doubt in my mind that if I entered the health field as a doctor or otherwise, I would have ended up accepting and adopting the very same illogical preconceptions about health that I now advocate against. But it didn’t happen without consequence.

While I continued to live my so-called “healthy” lifestyle, my body began telling me a different story. My energy levels began to drop. I developed high cholesterol and blood pressure. I began to experience digestive issues. And from a young age, I always seemed to be suffering from skin issues that would never clear up.

I finally came to accept the fact that these symptoms were not a sign of pristine health and it was really beginning to affect my personal and professional life. I struggled to find the energy to play with my kids. I kept letting down my family and friends. And my ability to work was starting to suffer as well.

As an engineer and problem solver, I felt the need to understand exactly why all of this was happening to me, which was an extremely frustrating and challenging journey that lead me down more dead-end streets and roads that led nowhere than I care to admit.

Like most people, I went to my doctor who offered me nothing more than pills and an explanation that my health issues were merely “genetic” and that there was nothing I could do about it but take medication for life. But, being an engineer, I wasn’t willing to accept that my health couldn’t be fixed.

At that point I began to take matters into my own hands and began studying with some of the most sought after and well respected doctors and health practitioners in the country. We’re talking about practitioners that charge thousands of dollars just to talk to them. I tried a number of therapies but always ended up right back where I started, and in some cases worse, while my wallet began to shrink at record pace.

While I continued to search for answers, instead of looking to doctors for help, I began studying our hormones and the work of some of the most advanced researchers of our time. This is where I finally found the answers I was looking for and that would change my life forever.

After months of studying and digging through research, I discovered that my health issues were all connected directly to poor thyroid function.

I found an overwhelming amount of research proving the connection between hypothyroidism and many of today’s most deadly and debilitating diseases, including the two most deadly diseases known to man, heart disease and cancer.

Based on what I learned through this research, I began formulating a plan that addressed all of the underlying issues that were suppressing my thyroid, which has literally transformed my life and left me feeling like my former healthy self again. My energy levels increased drastically, giving me more than enough energy for my family and work. My cholesterol and blood pressure returned to normal. My digestive issues and skin issues that I had dealt with since my teenage years cleared up as well. 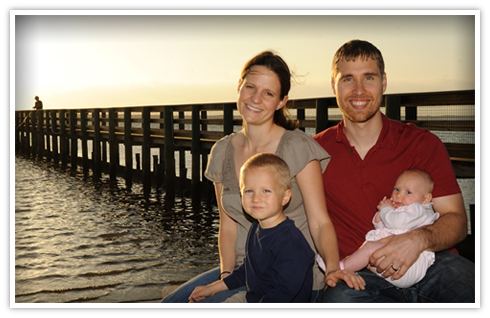 For the first time, I felt like myself again.

This plan that I put together quickly became the catalyst for my life’s work.

It’s important for you to understand that it’s not your fault.

When you look at the research surrounding thyroid testing today, you’ll see just how inaccurate and inadequate medical testing today really is and how there are far more accurate tests that you can do yourself and that won’t cost you a dime.

When you look at the research studies showing that 90% of people who are treated using the standard medical approach to hypothyroidism continue to suffer from fatigue and experience no improvements in their symptoms, it becomes quite clear that medical treatments today are not helping.

We’ve been raised on the belief that we can trust doctors above anyone else. But what about the research that shows that medical mistakes are the third leading cause of death, right behind heart disease and cancer (both related directly to hypothyroidism).

How much longer are you willing to let yourself suffer before you say enough is enough?

This Revolution is about getting real answers and real solutions to our health problems instead of constantly getting the run around while every disease known to mankind continues to rise year after year.

This Revolution is about paving the way for better healthcare and treatment options based on real research that modern medicine has continued to ignore for the past almost hundred years.

This Revolution is about saying enough is enough and taking our health into our own hands instead of relying on outdated, inadequate, and ineffective medical treatment that most people are stuck with today.

This Revolution is about creating a happier, healthier, and better future that is free of hypothyroidism and disease.

If we are going to stop hypothyroidism and this trend of disease rising year after year, then we have to stand up for ourselves. The answers you need are right in front of you… It’s just a matter of taking action.

You don’t have to become just another heart disease or cancer statistic.

You have the power to take control and become part of the solution.

Welcome to the Hypothyroidism Revolution.