Many people’s understanding of hypothyroidism is that it is a condition that affects the thyroid glands ability to produce thyroid hormone. If thyroid hormone can’t be produced then symptoms of low thyroid function begin to present themselves.

But that’s not the only way to become hypothyroid. Hypothyroidism really refers to the inability to deliver an adequate amount of thyroid hormone to your cells. So, your thyroid gland might be producing thyroid hormone without a problem. But if there’s a problem that occurs between the time that it is produced and the time that it is delivered to your cells, then you also become hypothyroid. It doesn’t matter what the source of the problem is, it’s all described as low thyroid function.

The hormones produced by your thyroid gland are responsible for many different functions in the human body and therefore, when the gland isn’t producing enough, you will eventually develop symptoms of low thyroid function.

The condition is actually quite common. In fact, some figures indicate that at estimated ten million Americas suffer from one or more of the symptoms of low thyroid function.  It is not only very common, but the vast majority of these people have no idea they are suffering from the condition which is actually quite treatable with the right hypothyroidism treatment protocol.

First of all, let’s take a look at the thyroid gland to get an understanding of what exactly it is and what it does.  The thyroid is a tiny gland, shaped somewhat like a butterfly that is located in the front of your neck.

Though it’s small, its purpose is huge – to control the rate of function for each and every other gland and cell within your body.  That not only includes metabolism, but also growth and cell repair.

Symptoms of Low Thyroid in Women

The condition is more prevalent in women than in men; and especially in women over the age of 30.  Also, women who are about to begin menopause, or are going through menopause, have a tendency to display symptoms of low thyroid function more so than their younger counterparts.

This is because thyroid function is connected to the body’s other hormones including estrogen and progesterone.

When any of these symptoms is present, simply eating per the right hypothyroidism diet plan can provide a significant boost to your thyroid function and drastically improve your symptoms.

Symptoms of Low Thyroid in Children and Teens

Hypothyroidism is most common in middle aged women; however, anyone can develop symptoms of low thyroid function, including babies, children and teenagers.

Babies often show no symptoms function until they are older. When they do display symptoms they are often associated with the following:

For children and teens, symptoms are likely to include:

Like so many symptoms of low thyroid function, these can easily be attributed to other conditions.  That’s why it is so important to become familiar with the common symptoms of underactive thyroid so you can be aware of any which are manifesting in yourself or family members.

Symptoms of Low Thyroid in Men

Many men develop symptoms of low thyroid function as well.  Untreated, these symptoms can lead to some very frustrating conditions such as:

Remember that no matter what age you are, and whether you are a man or woman, symptoms of hypothyroidism can certainly interfere with your life if left untreated. 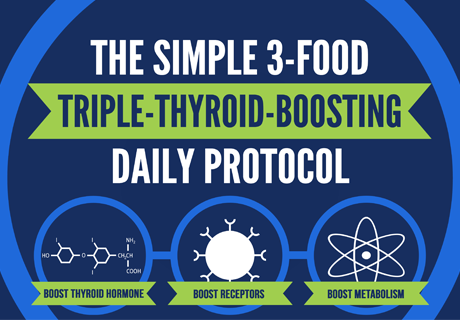 ﻿The Super Simple Way to Start Your Day Right Feeling Calm, Clear, and Full of Energy!﻿

Want to join the discussion?
Feel free to contribute!